A Party to Remember the Heroes of Anzac

In 1915, when the world was going through World War I, Australia and New Zealand sent their soldiers as a delegation of the Allied expedition to Gallipoli, then part of the Ottoman Empire. Everyone expected the assignment to be finished quickly with the Anzacs (Australian and New Zealand Army Corps soldiers) home in a month or so.

The delegation of Anzacs landed in Gallipoli on April 25 but the mission dragged on for eight months, claiming the lives of 8,709 soldiers from Australia and 2,721 soldiers from New Zealand. This is the experience that two now autonomous countries celebrate each April as Anzac Day, and with this public holiday comes, families from New Zealand and Australia pause to remember the men who sacrificed their lives on that fateful military campaign.

Anzac Day is one of the few holidays that two nations celebrate in the same spirit and from the same perspective – one that looks at Gallipoli mission as a heroic effort to make the Dardanelles accessible to the Allied forces so that Constantinople, the capital of the Ottoman Empire, could be captured. Both Australia and New Zealand remember this sacrifice with pride to this day. 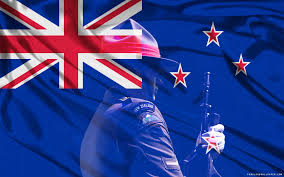 Special Plans for a Special Day

Through the years, beautiful commemorative services have been held in honor of the Anzac heroes of Gallipoli. There is a march joined by veterans and ordinary folk who want to pay tribute to those who have fallen and those who carry on with the noble work of protecting their country. It is a lovely time for friends and family to gather and enjoy a toast or two to celebrate the lives of the Anzacs. Putting together such an activity is an extremely enjoyable challenge, and it all begins with coming up with a theme.

Once you have chosen a theme for your party, get going with the invitations. Your invitations in themselves can give everyone a clue about the kind of get-together you are organizing. Whether sent by snail mail or Email, an invitation with the Australian flag’s colors as motif or a background photo of a WWI soldier will surely help your idea come across clearly. When you draft your invitations, take into account the parades and fireworks that will be held on that day and adjust your time so that people won’t have to miss any activity. One of the things you could do is have an “After-the-parade” party.

A Day for the Uniform

Having a theme for any gathering, even one planned for Anzac Day, becomes a lot easier when you have a theme and a one-stop online shop from where you can get your Anzac Day party supplies.

Here are some possible themes for you to adopt on April 15. Possibly a most appropriate theme for Anzac Day would be a “Day for the Uniform” with everyone coming in a soldier’s uniform for the era they choose. There are interesting military uniforms, and if you invite your guests early enough, they will be able to find something to wear. Particularly interesting would be uniforms from WWI, but you can expand your guests’ range of choices by allowing them to come as war medics and nurses wearing public and emergency services costumes . However, find out from weather reports how warm Anzac Day is going to be so you can plan your activity accordingly as far as Anzac Day costumes and accessories are concerned.

Preparing the environment for your Anzac party is one of the most enjoyable parts of this celebration. Beginning at your door, you can station a cardboard life size cutout of a soldier. As a backdrop for you buffet table, you can have a large stylized Australian flag. Then you can hang buntings in red, white, and blue to state your case in a jolly, patriotic way. Arrange bunches of Anzac balloons in strategic areas and fasten them with red and blue balloon weights; these will not only give your house or garden a festive air, they will remind everyone that you are gathered to salute the valiant men who landed on Gallipoli in 1915.

Anzac day seems to be a good time to serve traditional foods that people have come to look forward to as Anzac day fare. You need to have a good basket of Anzac biscuits, golden and made with rolled oats and syrup; Pavlova has to be present; and a beautiful basket of Australian fruit. 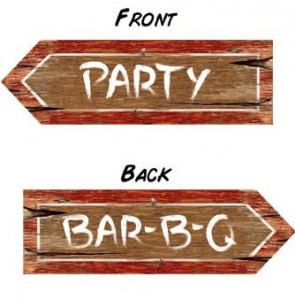 A fun idea for an Anzac party would be to set up a tent with a table laden with food to feed your modern troops. Prepare barbecue and a heavy main dish, but don’t forget to place a bar-b-q sign and infuse your dining table with reminders about Gallipoli. Scatter red star glitters on tables and around the buffet, reminiscent of the poppies that bloomed in Gallipoli during the Anzacs heroic campaign. Serve a roast flavored with rosemary, which is a symbol of memory and remembrance. Get the beer out, as well as whatever drinks your friends like. However, have at least a few bottles of bubbly to open your commemorative party with a prayer, a poem, and a heartfelt toast.