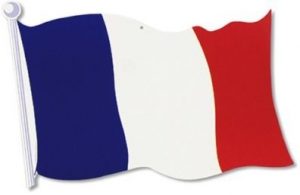 14th of July is a major holiday in France. Often commemorated as a symbol of the unity among the French people, it is, in fact, the anniversary of the Storming of the Bastille on 14 July 1789. Obviously, everyone wants to identify with and celebrate the current united France. Major cities around France such as Paris are the epicenter of parties held across the country. Interestingly, the theme of the celebration changes every year but some major aspects remain constant all throughout. It is worth joining in the celebrations like everybody else but time does not always allow. If you would like to organise a last minute Bastille Day Party, here are some ideas for you.

Factor in the Eiffel tower

The Eiffel tower is a symbol of French culture. That said, no national event can be complete without paying tribute to it. Keep up with this theme by having the symbol as part of the party supplies. Bake a cake and decorate with frosting in the shape of the Eiffel tower. If you are hosting family and friends, put images of the Eiffel tower on party hats to get everyone in the celebratory mood.

The French flag bears the colour red, blue, and white. There are a ton of ideas on how to have the flag represented in your celebrations. If you will use food colour at any point during preparation for the great day, it better be red, white, or blue. Ever eaten blue rice? Well, Bastille Day makes this possible. Add blue or red food colour in your pastry mixture to create interesting combinations of food items. Another way to put together a celebration within a short time is to encourage family and friends to prepare one item of food each. Emphasise on sticking to the three colours then sit back and see how creative people can be.

Make use of the event colours

It is common to see people walking on the streets of Paris and France in general with striped clothes and painted faces. Almost everyone wants to look like a clown on that day. Well, not really.. the French flag is stripped and it is the three vertical bands of white, blue, and red that everybody is trying to emulate. Is it too late to have your face painted or buy striped clothes? You can make your own paint by making a thin paste of wheat flour with whatever food colour you want. Have some fun painting each other and don’t forget to include hot dogs on the menu.