Party Themes to Honor the Working Force on Labour Day

Back in the 1800s, an average worker would toil for almost 12 hours a day, six days a week. He would struggle to work in unsafe environment lacking in necessities like ventilation, sanitation, and break times. Many Australians felt the need for decent and fair working conditions.

On April 21, 1856, stonemasons at the University of Melbourne rallied in front of the Parliament House to demand an eight-hour working day. Eventually, an agreement with employers was reached granting workers a 48-hour workweek. To celebrate the victory, a march was held on May 12 that year and every year thereafter. In the same year, New South Wales also implemented the new work regulations, followed by Queensland two years later then South Australia in 1873. Other Australian states joined in adopting the shorter working hours. In 1879, the Victorian Government declared the date as a paid public holiday. In 1948, the five-day workweek was finally adopted.

Today, the holiday is commemorated with flaming barbeques, outdoor parties, and vacation to some paradise destinations. However, bidding goodbye to the hot days and appreciating the champions of Labour Day offers many ways than just the usual party. You can use tons of party ideas, accessories and decorations from an online store to help you celebrate the day with family and friends in more ways than one and still have lots of food and fun. Regardless of what theme you picked, don’t forget that it is about giving thanks to those who, back in the 1800s, had worked extra hard on this historical day so that you would not work as rigid as they did. 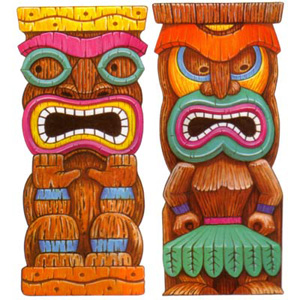 Nothing screams summer quite like a day in the beach. Nevertheless, if you can’t be somewhere near the coastline, you can use the backyard pool to create one last great summer memory. Hang hibiscus flower led lanterns along the perimeter of the pool area. Place giant sunken Tikis onto walls to create a fabulous Hawaiian feel to your party. Wrap the picnic tables with colored table covers then place plastic pails with sand and tea lights to serve as centerpiece.

Foods at pool parties are supposed to be light for no one wants to plunge into the pool after pigging out on several courses. Keep in mind the party is under full sun so don’t serve anything that can easily spoil. Labour Day is your last chance to use that barbeque grill. Heat up the charcoal and let the aroma of grilled burgers, hot dogs, and veggie skewers waft in the air to tempt your guests to take a break from their diving fest. Offer many finger foods, but make sure to chill the dips with ice to avoid spoilage. For drinks, lemonade makes a great summer drink. However, you can also serve coconut juice in coconut plastic cup or hurricane cup with curly shape crazy straw.

Engage your guests with outdoor games, such as pool volleyball, badminton, and simple relay races. Plan a treasure hunt by dropping party favors and trinkets into the pool and have guests race down to search for them. Tip the fun scale a notch higher by filling water bomb balloons for a friendly fight in your backyard beach party.

What is a Labour Day party without the presence of workers being honoured for the day? Make sure to mention in the invites that guests must be dressed differently as workers of various trades. Reward their effort by hosting an awarding ceremony to give out prizes to the ones wearing the best public and emergency services costumes.

Take advantage of the holiday as your last opportunity to feast on barbequed fares before summer gives way to the fall season. Serve many grilled dishes, such as rib-eye steaks, grilled chicken, and cheeseburgers. End the meal with a refreshing dessert of mixed fruit salad or ice cream sundae.

If the party is happening at the backyard, plan for games in which your guests can form as crew team to play volleyball or tug of war. For a tamer evening party, get a live band to provide entertainment that can entice everyone to loosen up and dance under the starry night. If kids are invited, plan kiddie games like piñata hitting and pin the nose on the clown.

A Labour Day party should be the last big party event of summer. Celebrate the day as an opportunity to give your guests a respite from work. Whether your theme is a playful beach party or a patriotic trade party, make your Labour Day shindig truly a weekend of fun.