Ringing in the Chinese New Year with Jubilation 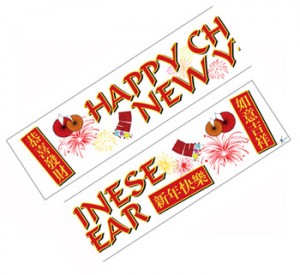 Just after cleaning up the clutter from your New Year’s Eve and Australia Day parties, here comes another festive event that calls for you to paint the town red – the Chinese New Year. Also called as the Lunar New Year and Spring Festival, the holiday is considered as the grandest and the most important festival for all Chinese regardless of their location around the globe. If westerners have Christmas Day to unite as a family, the Chinese have this Spring Festival as the time to celebrate family reunions.

The 4,000-year-old tradition is said to have started from the year-end religious ceremony held during the Shang Dynasty way back 1766 BC to 1122 BC. The people offered sacrifice to honor their ancestors as the Chinese lunar calendar ends. To prepare the sacrifice, people would thoroughly clean everything around them, including their houses and bodies. Much later, people would be worshipping deities together with their ancestors. Though the custom has been downscaled in its grand proportion, it remained rich and colorfully celebrated in unique Chinese traditions.

Besides historical facts, there are also tales and legends said to be the origin of the Chinese New Year. This includes the story about an ancient ferocious monster with a lion head on its bull body. Nian, the monster, would attack and eat whatever it could in villages below the mountains. Over time, the villagers discovered that Nian was afraid of fire, noise, and the color red. They all agreed to start a fire at their doorstep, hang a scarlet board, and make noises in time for Nian’s annual visit by the end of winter. As expected, the monster freaked and ran back to the mountain upon hearing the ruckus created by the people. Since then, Nian never returned, but the people continued the ritual down to the present generation.

For year 2014, Chinese will welcome the Lunar New Year on January 31 as the 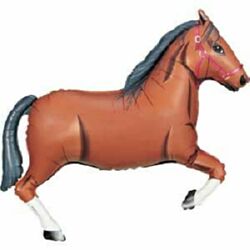 year of the Wooden Horse, following the Chinese Zodiac. It is based on a twelve-year cycle represented yearly by different animal sign. According to Chinese belief, wood horses are firm, decisive, and with excellent skills in interacting with others. People born under the sign of the Wooden Horse are smart, generous, and lively. They are talented, perceptive, and thrive in the center of attention. Being non-Chinese and non-Wooden Horse are not reasons to hold you back from hosting your own Chinese New Year party. Start planning now so you can greet your guests with “Gong Hei Fat Choy” in true Chinese fashion.

Spruce up the Party Venue

It is customary to clean the home and, if necessary, to turn it inside out to remove things considered bad luck and to empty space to give way for new good things. Nevertheless, it’s basic rule to prep up and clean the venue much more for an

event as superstitious as a Chinese New Year party. Start vacuuming nooks and corners, and eliminate unnecessary clutter to create a larger area for entertaining your guests. Have fun setting up the place and don’t skimp on Chinese New Year party decorations. Typical features to include are decorative dragons, Chinese cultural cut outs, and traditional Chinese lanterns. This being the year of the Wooden Horse, you are expected to be quick witted thus deciding to get your party supplies from a one-stop online store would be a smart move. It’s also where you can source out your red party supplies to fill the venue with the color of life, happiness, and prosperity.

A dinner on New Year’s Eve is considered the most important meal for the entire year. To start the year right, serve lucky dishes starting from the appetizers. Go for easy-to-prepare jiaozi dumplings with dipping sauce (for prosperity), and tasty chicken lettuce wraps and spring rolls (to wish parents long life). As main courses, delight your guests with an intact whole fish with the head symbolizing a good start, and the tail to mean a good end as well. Keep the noodles as long as possible to wish everyone longevity. Include black mushroom as ingredients to one of the dishes to fulfill aspirations from east to west.

Fill the table with citrus fruits such as tangerines and pomelo not only as display elements but also to be eaten for luck and prosperity. Sticky rice cake sees no rival as the perfect sweet treat for the occasion, but you can also have flaky cookie pockets filled with peanuts, coconuts, or sprinkled with sesame seeds.

A Parting Gift for Good Luck 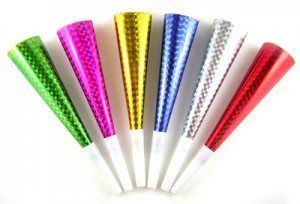 color of red. However, where are the noises to scare the monster and drive the bad luck away? Turn for help to your favorite online party supplier to get colorful range of noisemakers and sparklers. Finally, before the party is over, give out the traditional small red “ampao” envelope. Insert an amount you feel comfortable to hand out not only as your way of saying “xie xie” or thanking your guests for coming, but also to give them something to symbolize prosperity and good luck.