The Making of a Murder Mystery-Themed Party 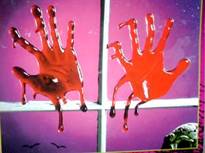 When your guests arrive at your murder mystery-themed party, greet them with the alarming news that someone has been murdered. You need their help to solve the crime by figuring out who the criminal is. Could it be Lizzie whose face is partly hidden by a red feathered hat? Was it Klaus, who’s wearing a  pair of black sunglasses with hanging moustache? So many suspects to questions, and thankfully you have your party guests in costumes to help you solve the mystery as everyone chomps on the menu prepared for the night.

This is just one of the many ways to welcome your guests to a murder mystery party where everyone can play out a role, assume a character, and be immerse in an interactive party game of putting all the pieces together. The party can last for hours and even an entire weekend. At best, a minimum of 10 participants to a maximum of 30 can attend a party that aims to solve a mystery. It actually depends on the script you want to follow. A set of game can either be purchased from hobby stores or downloaded from the Internet. As host, the easiest way to facilitate is to get fancy dress costumes, party accessories and decorations, and catering supplies from an online store with wide range of party supplies you need.

Two weeks can be sufficient to send the invites and for your guests to prepare for the character assigned to them. Provide a dossier to situate them in the make-believe scene, such as a cruise ship, bar, or hotel. Make sure guests confirm attendance; otherwise, the script can’t be acted out if the murderer is a no-show at the party.

Choose a venue that fits the theme. Decorate the space to make it look like the real locale. For example, if the scene is happening in a Hollywood studio where a famous star mysteriously dies, hang a VIP stage door cover at the entrance and fill the wall with paparazzi scene setter. If you want to solve a fatality in a mock casino game room, send out casino night invites that match the dangling card cut out decoration. You can also opt to play games relevant to the occasion being celebrated like New Year’s Bomb Eve, or games set in certain decades, such as Victorian masquerade riddle attended by guests wearing masks to conceal their identity. 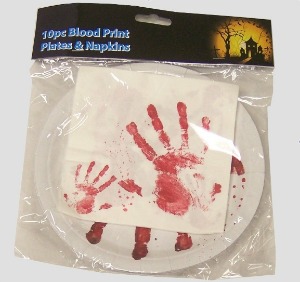 Don’t think that a murder mystery party is only for venues with large space. You and your guests can still play detective during a sit-down dinner or on a raucous hide and seek at the old shack in the backyard. Be creative in transforming the place into a gruesome scene, like sticking 3D bloody hands  to the windows or using blood print plates and napkins.  Just make sure there is a reward waiting for the smartest sleuth who can reveal the killer. It’s also nice to have prizes for Best Performance, Best Costume, and other silly titles to add more fun.

The game is played where all guests will be obviously located – around the dinner table. There are also games that require players to move around, investigate nooks and crannies, and talk privately with others. Guests are expected to have read the dossier, which means they know the characters they’re playing. Each one is given a script to read aloud, but adlib and improvisations are allowed. Oftentimes, this adds comical tone to the game and makes it more entertaining as well as lively.

The most popular games involve blackmail, double-cross deals, and other criminal activities to be solved by the participants usually over a menu that matches the murder mystery theme. A game can last for a couple of hours or until the guests are being served coffee and dessert. It can be daunting for host to plan a creative line up of dishes that can be used to hide clues and play as one of the characters in search for answers to the puzzling scenario.

Murder mystery themed party is engrossing. Guests may become too absorbed with the game that food becomes the least of their concern. As host, you can provide finger food that can be easily prepared and picked by guests at their leisure, such as pizza, shrimp cocktail with spicy dip, mini-sandwiches, and chocolate chip cheesecakes. The party also calls for enough beverages to quench dry mouths because murder mystery games involve lots of conversation. Stock the bar with plenty of juice, soda, water, or coffee. Think twice before serving alcohol for it can sometimes lead to the game’s early inconclusive end.

A murder mystery-themed party should be complete with all the right ingredients to enthrall your guests. Most of the fun is in unveiling who the murderer is so make sure everyone is well fed while enjoying the thickening plot.