Creativity minus the cost – this is something worth trying on Halloween costumes. Teenagers have been attending Halloween parties year in and year out and perhaps have grown bored of the usual glitzy and swanky display of costumes. This year, they can modify the party by coming up not only with old and reusable costumes but also with clothes and props that are designed to look like Halloween costumes. This is creativity at its highest – minus the cost. The main mechanics of this party is that participants must select and design a non-Halloween party dress or attire into a costume. They can also use their acting or theatre skills to reinforce the Halloween personalities they are emulating. Coming up with creative Halloween costumes for teens is such a challenge but it can also be fun.

Read this article and find out how teenagers can transform simple garbs into fancy togs.

1. Little Dead Riding Hood. Do away with the traditional Little Red Riding Hood and go gory this time. Don red attire and grab a red cape to go with it then splash on some ketchup as if the bad wolf made an attack.

2. Holy Cow! Choose wide shirts or balloon skirts then put on some angel wings so you are ready to become a crossbreed of a cow and an angel. Otherwise, go for the hilariously handsome Zentai body suit cow costume.

3. Zombie around. Even without costumes on, you can scare away everyone in the party by acting like a Zombie, with arms outstretched and hair disheveled. 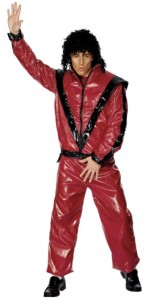 4. Ala Michael Jackson in Thriller. Wear that signature red and black Michael Jackson Thriller costume and a shiny pair of black shoes, coupled with a curly wig, and you are ready to dance to the tune of Thriller.

5. Be the guy in Psycho. Just carry around a wireless phone and act as if you are talking to someone. Talk to imaginary people and act as if they are there.

6. Cereal killer Guy. Replace serial for cereal by coming up with a bowl of various kinds of cereals and going around to share it with the guests. The yummy taste will kill them.

7. Look like a Loofah. Grab an old dress and match it with several yards of tulle.

8. Playing the nerd in Harry Potter. All you need are thick spectacles (preferably with black frames), hair gel, tight clothes that are buttoned up all the way to the neck and slacks tailored above the ankles. Then off you go to the Hogwarts School. 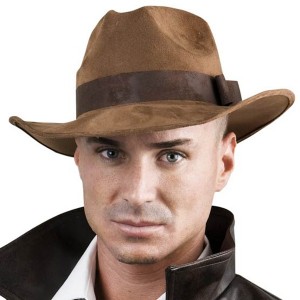 10. Go for Indiana Jones. It’s not only cheap but also a classic, too! Get a shirt, pair of pants, jacket, and the signature Indiana Jones brown hat – all dark brown. Who knows, the party guests might just ask a photo ops or autograph signing with you.

11. Be Katniss in Hunger Games. Teenagers will surely love this character from Suzanne Collins’ The Hunger Games trilogy. Wear a light brown jacket over a black shirt and braid your hair. Get a bow and arrow as props and off you go!

12. Jacy Lightwood or Clary Fray? It doesn’t really matter which one you choose as long as you get to be a part of the City of Bones even for a day. Black coats or jackets, boots and black hoods are all it takes to become one.

Halloween parties need not cut a big hole on one’s pocket. Exploring ideas on Halloween costumes for teens is a fun way to discover the endless possibilities of converting ordinary clothes into fancy attires that are attention grabbing and fun. It is also a way to spark up one’s creativity while saving bucks on the side.