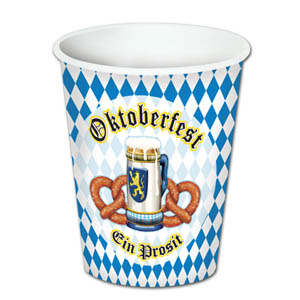 Known as the world’s largest fair, Oktoberfest is an annual celebration that originated in Munich, Bavaria, Germany way back October 12, 1810. The occasion was the grand marriage of Crown Prince Ludwig (later King Ludwig I) and Princess Therese of Saxony-Hildgurghausen. Five days after the wedding, a huge festivity was thrown featuring horse races, good food, and endless barrels of beer.

Today, you don’t have to go to Munich just to be a part of this wonderful festival. Oktoberfest is now being celebrated in many nations across the world. Each country has a unique twist on the celebrations and so it’s definitely interesting to know how people commemorate the event.

In this article, we’ve compiled a list of the best places to go if you want to have a fun and memorable experience during Oktoberfest but can’t make it to Munich.

In the United States, Cincinnati holds the largest Oktoberfest event. Dubbed “Oktoberfest Zinzinnati”, six blocks are converted into a party place to accommodate about 500,000 visitors each year. Sausages, pretzels, and potato salad are typically served during the occasion. In addition, a huge number of guests are always eager to participate in the famous Chicken Dance. In 1994, the dance made a mark in the Guinness Book of Records as the World’s Largest Chicken Dance with 48,000 participants.

Canada’s Kitchener-Waterloo Oktoberfest is actually considered as one of the biggest festivals held outside Munich. Aside from celebrating their German roots with food and beer, the twin cities of Kitchener and Waterloo provides entertainment and activities for people from all walks of life.

Pageant enthusiasts will be amazed at the “Miss Oktoberfest” contest. Singers, dancers, and musicians can show their talents in “Oktoberfest Idol”. Dog owners may also tag their pets along and join the “Dogtoberfest”. Of course, who can forget the grand Thanksgiving Day Parade? Marching bands and colorful floats dominate the street during this parade.

Meanwhile in Asia, Oktoberfest is also very much alive in the Land of the Rising Sun.

In Tokyo, Japan, the Hibiya Oktoberfest is annually held near the Hibiya Park. The event attracts around 40,000 guests each year. Aside from the bottomless servings of beer, sausages, pretzels, and other traditional German food are being served to visitors.

Okinawa, on the other hand, is the destination where rock bands and rock fans come together to make some noise for the Rocktoberfest event.

You have several options to consider if you are celebrating in the Land Down Under.

For instance, you can check out Oktoberfest Brisbane for awesome Bavarian beer and German delicacies. If you’re in the mood to get your body moving, you can join the traditional German dances with the Oompah band. Other highlights include contests such as “Bavarian Strongman”, “Miss Oktoberfest,” and “Torwand Schiessen (goal shooting).”

In Sydney, a crowd favorite is the annual Oktoberfest concert hosted by the University of New South Wales. Naturally, tickets for the event are first sold to students of the university but general admission tickets are also available for the public. Be sure to purchase them immediately once they’re up though, as they sell out fast. The good news? It’s absolutely worth the price! Upon admission, you’ll get to enjoy a dance party, lots of food, and gallons of great-tasting beer.

By now, I bet you already get the picture. Every country has a unique way of celebrating this amazing German tradition. 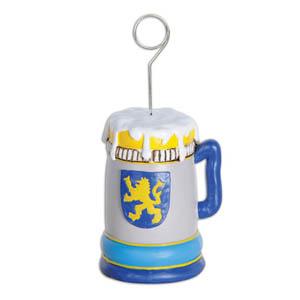 Moreover, while all these events and festivities are entertaining, you really don’t have to go anywhere if you want to have the Oktoberfest spirit. Yes, it is possible to celebrate at home!

Go gather up your friends and start scouring the web for German food recipes. Let’s get the beer flowing and the music playing. Happy Oktoberfest, one and all!