Celebrate Australia Day with a Bang

January 26 is a public holiday Australians look forward to. Known as Australia Day, it is the day when schools, offices, and major establishments are closed in all states and territories to allow people to commemorate the arrival of the First Fleet of 11 ships from Great Britain at Port Jackson, now known as Sydney Harbor, in 1788.

On January 26, 1788, Captain Arthur Philip arrived on the shores of Port Jackson and established the Colony of New South Wales. By 1808, Australians are celebrating the day as “First Landing Day” or “Foundation Day” with merrymaking 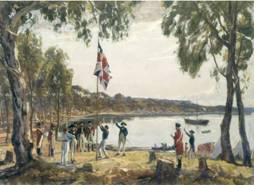 activities. In 1818, the Australian Governor ordered a 30-gun salute, organized a dinner ball at his residence, and declared January 26 as a holiday for government workers. In the next years, private employees were also included as part of the public holiday celebrated with horseracing and regattas, among others.

Since 1838, the “Foundation Day” became an occasion for public celebrations, especially in Sydney Harbor where many people troop to watch fireworks display. In 1888, all colonies except Adelaide celebrated the centennial anniversary of the first landing with ceremonies, exhibitions, regatta, gala, fireworks, and the unveiling of Queen Victoria’s statue. By 1935, January 26 has become known as Australia Day except New South Wales where people still refer to it as Anniversary Day. Celebrations took on a grander scale, including re-enactment of the landing scene without mention of the ship passengers’ convict status and the non-inclusion of a group of Aborigines.

By 1946, January 26 is officially known as Australia Day. On some occasions, the public holiday is moved to a Monday to allow people to celebrate during a long weekend. Although Australia Day is a public holiday in all states and territories, indigenous Australians do not take part in the on-going celebrations as a protest for excluding them and their culture already thriving thousands of years before the First Landing. In some parts of the country, there are citizenship ceremonies being held to welcome immigrants granted with Australian citizenship as well as Australian of the Year Awards to salute citizens with outstanding contributions to the community or country.

Now that Australia Day is just around the corner and the air smells of barbeque goodies, your mind is already rife with ideas on how to host your own Australia Day barbeque party at home. Just like other functions, the number of guests you are inviting over determines your planning activities. Knowing how many are coming will help you decide on the type and quantity of food and drinks to prepare, setting, and activities that center on barbeque as the theme. If you’re expecting only some members of the family and a few friends, then the backyard would be an excellent venue; otherwise, your big group can celebrate the event in the local park like most people do on Australia Day. 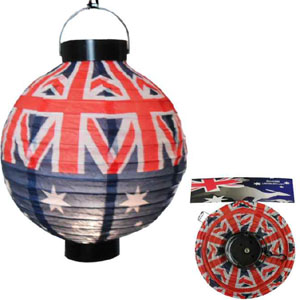 a color scheme and supplies that can be easily sourced from an online shop with wide range of Australia Day party products. Posting an Aussie BBQ lawn sign at the fence does not only lead your guests to the right doorstep, but it also adds to the patriotic ambience lent by Aussie flag lanterns hung to make sure the party area is well lighted through the night. The rest of your decors are mainly symbols of Australia including the national flag, the Golden Wattle, the opal, and anything that has the national colors of gold and green.

Food and drinks are the important staples of any party. However, things are simpler when it comes to barbeques, giving you two options: provide the entire menu or host a potluck party. If you choose to offer all the items, make sure to have enough for all the guests. This includes vegetarian dishes such as grilled zucchini croque, tofu skewers, and grilled California pizza. It’s easier when going potluck because it allows guests to bring their own dish and drinks that will occupy center stage in the buffet table. It’s important, though, to specify what you’ll provide to avoid serving similar dishes.

In addition, you need to prepare kid-friendly barbeques such as cheese-stuffed meatballs, grilled chicken fingers, fruit kabobs, and grilled sausages pierced with Australian flag tooth picks. Whatever there is to share on your Australian Day party, it is advisable to use disposable table ware to save your precious dinner

plates from all the barbeque grease.

Finally if you decide to host activities or games during the barbeque party, choose outdoor games such as cricket, thong toss, and water fight, which is ideal if you have a backyard pool. You may also hold Australia Day quizzes to find out who among your guests have more stock knowledge about the country and her history. Kids can have their own fun with piñatas and friendly races.

With proper planning and a little help from Party Supplies Online, you can celebrate a national occasion together with family and friends with a bang.