Non-Stop Fun in Your Own Sydney Mardi Gras Party

The whole world awaits the most outlandish and wildest gay, lesbian bisexual, 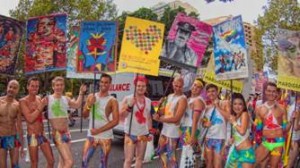 transgender, queer, and intersex pride celebration every year – the Sydney Mardi Gras. For 2014, the spectacular affair will hit town and run through February 7 to March 2. Each day is filled with a kaleidoscope of colorful events to entertain people, whether straight or with different gender orientation. There is so much happening over the month-long calendar, ranging from parades, sports festivals, and of course, lots of parties.

Every year, Sydney Mardi Gras gets fabulous and vibrant. It never fails to dampen the excitement of participants and spectators, some of whom travelled from far countries just to be down under the globe and become part of this bright, loud, and flamboyant expression of third sex statement. It’s definitely inspiring to use Sydney Mardi Gras as a party theme for weddings, birthdays, anniversaries, or corporate shindigs. However, before you can throw such party, you have to dig deep into Sydney Mardi Gras historical roots so you can provide all the essential elements to make your party rock.

The Sydney Mardi Gras is an offshoot event that grew from gay rights marches held annually by homosexuals. It began on the night of June 24, 1978, following a morning protest organized by the Gay Solidarity Group to commemorate the Stonewall Riots. Over 500 people marched to Oxford Street, demanding an end to gay discrimination in employment and housing, to stop police harassment, and to repeal anti-homosexual laws. Soon the crowd ballooned to 2,000, but the police quickly dispersed it in spite of valid permission obtained by the organizers. Fifty-three marchers were arrested, but eventually released after charges were dropped.

The Sydney Morning Herald published the names of the 53 marchers. It led to their further discrimination from friends and co-workers, which resulted to their dismissal

from jobs since homosexuality was illegal in New South Wales until 1984. The event caught national attention and triggered gay rights and law reform campaigns. The following year, the first Mardi Gras Parade was held to commemorate the Stonewall Riots. Three thousand people turned out in attendance. Since then, similar parades were held except in 1980. From 1981 onwards, the parade was being held in February, each year attended by a growing number of crowds. Glitzy floats, costumes, and masks also became integral part of the Sydney Mardi Gras parade.

By the 1990s, the Sydney Mardi Gras has become the world’s largest nighttime outdoor parade. It has raked millions of money into the Australian economy as local and foreign spectators flock to venues where parades, festivals, fairs, parties, awarding ceremonies, and other activities are held.

Bringing Sydney Mardi Gras into Your Own Party

You can certainly sprinkle your party with lots of inspiration taken from the Sydney Mardi Gras. Regardless of the event you’re hosting, think bright, fun, rainbow colors, glitters, feathers, and loud music for dancing. Explore the official website of the world-renown occasion to get ideas on this year’s theme. Take the next smart step by sourcing your party supplies from an online shop that offers a wide range of party needs and accessories. 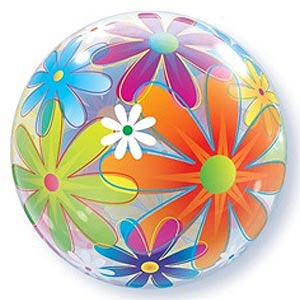 Embellish your party venue inspired by the Sydney Mardi Gras colors of gold, green, and purple. To do this, fill the place with eye-catching bubble balloons painted with fanciful flowers pattern, which you can also combine with colored foil or latex balloons. Encourage your guests to come in their best Mardi gras costumes. On your end, get vibrant neon fluffy boas and ostrich headdresses to add an interesting accessory to any fancy outfit. Provide masquerade masks to hide those impish smiles. Hire a face painter to artfully mark your guests’ faces, arms, and legs with face and body paint. Turn them into quirky characters by finishing the paint works with dust of glitters and colorful rhinestones. 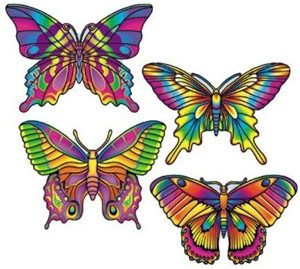 to denote how informal a party with Sydney Mardi Gras for a theme. Make sure to continue the color motif to the buffet table by accessorizing it with butterfly cutouts. Treat guests with multi-colored swirl lollipops, party lollies and Mardi Gras macarons. Complement this set of mouth-watering food with Bourbon, whisky or passion fruit hurricanes.

Now that you have everyone’s attention to your Mardi gras theme, it’s time to bring out the main course of the night. Except for a children’s party, pull out a surprise for your guests by planning for an outrageously comical performance by a real Drag Queen. After all, a Sydney Mardi Gras party is nothing if you can’t bring something that speaks about what the theme stands for.