Why Do We Celebrate St. Patrick’s Day?

Every March 17, we see thousands of people in green and fun costumes marching in Irish-inspired parades with clover-shaped accessories or decorated hats. Some may even bring a few frosted mugs of green beer to commemorate the celebration of St. Patrick’s Day. However, do we really know why this day is celebrated?

For starters, St. Patrick was not Irish. He was captured by Irish pagans during his early teens and was taken to Ireland to become a slave. He stayed as a slave for six years and grew up to like the spirit of the Irish people. He managed to escape and return to Hadrian’s Wall in Britain, a part of the Roman Empire back in AD 387. However, he vowed to return to Ireland someday. 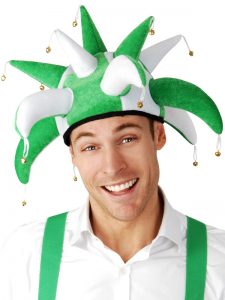 He ended up studying at monasteries and was later ordained as a priest and a bishop afterward. Pope Celestine commissioned St. Patrick to become an apostle and was sent to Ireland. The old religion began to fade while St. Patrick promoted Christianity in the region but had to encounter several hardships with druids and pagans. He managed to establish the Catholic Church by AD 444. He managed to achieve all of this in 30 years while traveling around the towns and cities of Ireland. 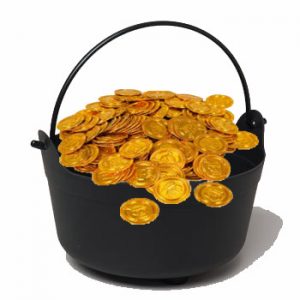 He died on March 17, 461 and was later known today as St. Patrick, the patron saint of Ireland and of engineers. He is also associated as a conqueror of snakes and snakebites.

Nowadays, St. Patrick Day is celebrated with a lot of fun and bright colours. Although there is no clear evidence on why the day is associated with luck and leprechauns, this tradition has always been a favorite celebration around the globe especially in Ireland and nearby countries.

To celebrate St. Patrick’s Day, you can opt to try out several other ways in commemorating the event besides donning a green outfit and merrily joining the yearly parade. For starters, you can try learning a few authentic Irish dishes. Invite a friend or a loved one to an Irish cooking class at a local culinary school or get a literature class at a local university. Connecting with your history or simply enjoying the marvels that the past holds is a productive way to celebrate St. Patrick’s Day.

To catch up with your health regimen, you can join the traditional Shamrock Scrambles and Leprechaun Leaps during the celebration. Cities like Boston, Providence, Allentown, and Chicago host holiday 5-kilometers runs during St. Patrick’s Day.

No matter how you intend to make use of your St. Patrick’s Day holiday, make sure that you make the most out of it and have a lot of fun in the process.