As our kids get older every year, their personalities change, and so do their likes and interests. Don’t be surprised if your child suddenly develops distaste for something he used to love, and grows a liking for something else. It wouldn’t be much of a revelation if your son loves rock n roll now and doesn’t want anything to do with Minecraft anymore. Speaking of rock n roll, here are things to consider if you’re planning a concert-themed party for your grown child.

A week or two before your rock star’s big day, have him stand on the sidewalk with his electric guitar and take pictures of him rockin’ it out. Pick one photo you’d like to be his “album cover” and then have all the photos printed. You can have the promotional photo printed into a standee and the rest into 18 x 24 posters to be hanged on the walls as decoration. 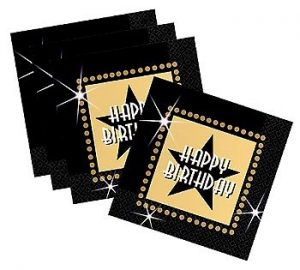 For the invites, design something that the guests could use as VIP passes to the event. Have the pass printed in front of the card and the details of the party at the back. Make things more fun and interesting for the kids by coming up with a VIP pass that they could actually wear during the party like a wristband or an ID they can wear around their necks.

A Cake That Rocks!

Every part of the event should have a rock n roll feel to it, but above all else, it’s the cake that should rock the most! Have the cake look like an acoustic or electric guitar, depending on what your child actually plays. If he’s a drummer, then you can have a drum set for a cake instead. If you can also have an amplifier and microphone to complete the setup, don’t hesitate to go for it! Both your child and the guests will love it!

For the party favours, have your child compile at least six of his favourite rock n roll songs and burn them into a CD. Make the artwork for the cover both functional and celebratory, and don’t forget to insert the list of songs at the back. Hand the CDs out after the party as party favours for the guests. 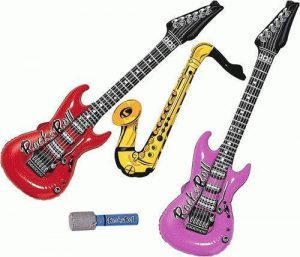 To keep the guests entertained throughout the party, make sure you have some rock n roll music playing at the background. Have a karaoke set ready as well, so that the guests can have a rock n roll sing along anytime they want. You wouldn’t want to miss the costume, too. It would be great if you could provide the guests with props like wigs and instruments they can wear to the party. Alternatively, you can simply ask them to come wearing their own rock star costume. You can even give a small prize to the best-dressed rock star of the event.

Finally, make sure you invite a live band to the event. If you can, have your child’s favourite band actually play during the party! It will surely be memorable for everyone, especially your kid rock star!