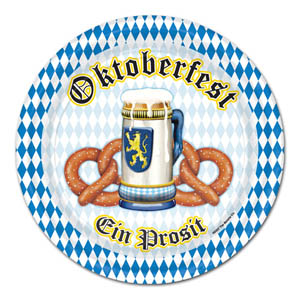 Oktoberfest is the world’s largest fair annually held where it originated – in Munich, Bavaria, Germany. History tells us that in October 1810, the German festival was a wedding celebration for Prince Ludwig of Bavaria and Princess Therese of Saxony-Hildgurghausen. The public party’s main event was a horse race where guests and spectators were treated to barrels of beer and lots of food.

Today, Oktoberfest is held in many parts of the world for an extended period of 16 days to celebrate the unification of Germany. The event may take place anywhere that can accommodate tents and carnival booths. Nevertheless, it can also kick off in your own backyard by hosting an Oktoberfest party. As long as you have an assortment of Oktoberfest/German Day Party Supplies, music, kegs of beer and all the fabulous food that serves as perfect mate for the malted drink, you can celebrate the Munich festival without leaving home.

Food to Serve in Your Own Oktoberfest Party

Start planning your Oktoberfest party as early as August. By this time, store shelves are already stocked with beers both locally made and directly imported from Germany. As you hang your Oktoberfest Beer Hall Sign and Scene Setter when September comes, you can be sure you had prepared early enough by pairing the most authentic Oktoberfest food with the best German pilsen and lager in town.