A Toast to the Interesting Facts about Oktoberfest 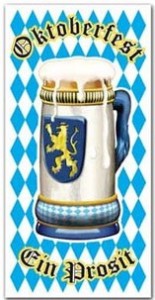 50,000 pork knuckles, and a gazillion pretzels served by fräulein wearing an Alpine costume – these are the stuff that make Oktoberfest one of the world’s most celebrated events. Every year the estimated 6 million guests from Munich and other parts of the globe continue to rise as more avid Oktoberfest fans wait for the Mayor to tap the first stein of beer to signal the opening ceremonies.

If you might ask why Oktoberfest attracts millions of visitors each year, here’s why.

On peak hours, it can be difficult to find a seat if you arrive late. However, you can make seat reservations with the tent proprietor for a minimum of 10 people. There is no reservation fee, only food or beer voucher that entitles you to two beers and half chicken.

The next time you find yourself in Munich, make sure to be in the groove of the Oktoberfest celebration with all these facts. More importantly, don’t appear out of place during Oktoberfest. Visit online shops to find the most fitting Oktoberfest clothing for you.