The Melbourne Cup is more than horses and fashion, it’s more than a horse race, bigger than a sporting event. It’s about celebrating who we are as Australians. – Anonymous

The exciting races are about to begin as the Melbourne Cup arrives this coming month. The celebration that made its first run back on November 7, 1861 has been around for 150 years and has become one of the most anticipated events and celebration in Melbourne and the rest of Australia for more than a century now.

The first physical Melbourne Cup award, on the other hand, was presented in 1916 to Archer who won the race back in November 1875. After two decades, the initial 4,000 attendees of the race have increased to 100,000 and today, hundreds of thousands of people are still coming to the event to see racers from Australia and around the world sprint their way to the finish line. In 2003, the largest ever attendance of 122,737 in a single race was recorded wherein Makybe Diva won her first of three Melbourne Cups.

Here are some interesting trivia and facts about the greatest races recorded in the history of the Melbourne Cup.

The Horse that Stopped a Nation

Phar Lap was notably known as the people’s champion. In 1930, the champion horse proved to be undefeatable. With a 62.5kg rider on his back and bullets fired at the horse four days prior to the event, the strong-willed horse refused to lose. He was an 8-11 favorite and the shortest among the best starters in the Melbourne Cup’s history. 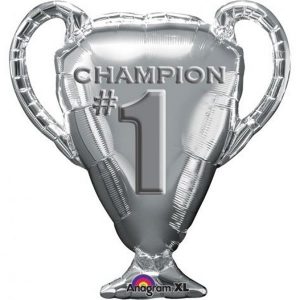 Another crowd-favorite and the horse that entertained the most number of attendees ever to be present in the Melbourne Cup was no other than Makybe Diva – three-time winner of the Melbourne Cup. Known for her historic Flemington hat-trick as well as the festive theme of the event, Jockey Glen Boss could not help but shed tears during the triumphant moment that he shared with the Diva.

The Melbourne Cup is not all about racing and excitement. It is also about emotional tributes for the people we care deeply about. In 2002, with Media Puzzle on his side. Damien Oliver reached the finish line first and dedicated his win to his brother Jason, who unfortunately died in a barrier trial fall a week prior to the race in Perth.

“Mate, Melbourne Cups don’t mean a thing to me anymore. I’d give it back right now to have my brother back. But I know it was the right thing to ride. Jason would have wanted that,” was Damien Oliver’s speech while wearing his jockey outfit to the crowd while tears fall from his face. This emotional event was later on adapted into a movie, “The Cup”.

The Melbourne Cup is more than just a race and a celebration. It is a legacy that any proud Australian would carry on through generations.