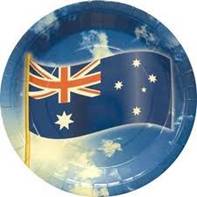 ANZAC Day is an important annual holiday marked in Australian and New Zealand calendars. ANZAC stands for Australians and New Zealand Army Corps, a name used to refer to soldiers of both countries who were sent in an Allied Mission to capture the Gallipoli peninsula, then part of the Ottoman Empire during the World War I. The mission was meant to be quick, but the ANZAC soldiers were stuck fighting against the enemies for eight months. After massive casualties, they were finally evacuated.

Today, ANZAC isn’t merely a shortened name but it is a source of pride for all Australians and Kiwis alike. Every April 25th, people celebrate ANZAC Day to commemorate the sacrifices made by thousands of Australian and Kiwi soldiers. The day is observed with the early Dawn Service, a touching memorial ceremony for veterans and something that the public also like to attend. There are other services, parades, and even sports activities all throughout the day.

Citizens across the country are celebrating in their own way to pay their respects. So if you have started the day early by joining the ANZAC Day Dawn Service, why not make the most of the day and host your own ANZAC-themed party with friends and family. Call in your mates to enjoy grilled fares, a few beers, and some activities as your way of paying tribute to the brave ANZAC soldiers.

A Laidback ANZAC Day Barbeque Party in the Backyard

Invites: Take advantage of this glorious day for a casual catch-up with the special people in your life. Send out your personalized invite a week or two prior to the outdoor event so that your friends can block off the day for it can be hectic with almost everyone throwing a party on ANZAC Day.

Decorations: When decorating the backyard for the national holiday, consider the traditions and rituals that are typically ANZAC. Along with all the ANZAC Day party supplies you can get from a one-stop online shop, here are other essential décor items to include.

While the bar-b-q sign at the entrance tells guests that they can expect roasts on the table, you can also serve other Australian-themed dishes bursting with aromatic rosemary, another important ANZAC symbol. Pop sprigs of rosemary on 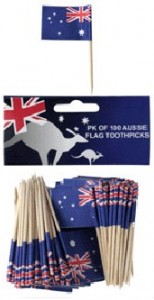 every platter of dishes like your own version of damper, lamingtons, and meat pie. Don’t miss the customary ANZAC biscuits to complement those mouth-watering green and gold iced cupcakes and pavlova slices stuck with Australian flag toothpicks.

Put the beers inside Aussie inflatable cooler to ice down all your drinks in fun style. As Australian etiquette stipulates, guests invited to a barbeque party at home are supposed to contribute to the alcohol supply by bringing a six-pack or more of beer. Depending on the size of the guest list, undrunk beers can be taken home. However, if it’s a large party, the remaining bottles or cans are left as a gesture of thanks. In some cases, though, people without the required case of beer get away by bringing potato salad to be added to the line-up in the buffet table.

Bring out that grill and heat up the charcoal for the traditional roast. With all the ideas provided here, who says you can’t let your mind and spirit head Down Under to celebrate ANZAC Day like the rest of all Australians and Kiwis?