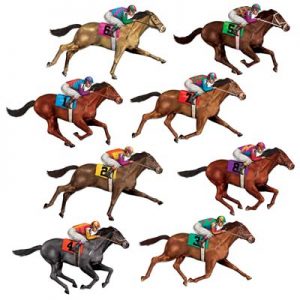 The Melbourne Cup is one of the highly regarded major celebrations and events in Australia. This thoroughbred horse race is one of the most anticipated events in the country this 2016 where most of the best horses in the world compete for a chance to win this year’s $6.2 million prize money. The Melbourne Cup that is run over 3,200 meters is the richest and most prestigious event in the world. It also features one of the richest turf races that can be witnessed as the Melbourne Spring Racing Carnival. The event is hosted at the famous Flemington Race Course which is under the operation of the Victoria Racing Club.

The first Melbourne Cup was held in 1861 and has been a favourite among racing enthusiasts. The racing horses are what also bring the crowd to the event. The record holder who was a darling to the crowd, Kingston Rule, who won in the 1990 Melbourne Cup with a time record of 3 minutes and 16.3 seconds.

Each year, around 300 to 400 horses are nominated for the race but only 24 make the field as starters. Winners of the previous year’s Melbourne Cup are entitled for an automatic entry into the current year’s Cup, as well as the winner of the Cox Plate. They are also exempted from the ballot. Winners of the Lexus Stakes, Victoria Derby, LKS Mackinnon Stakes enjoy automatic entry. International horses, on the other hand, are quarantined for a minimum of 14 days before they can be allowed to travel to Australia. 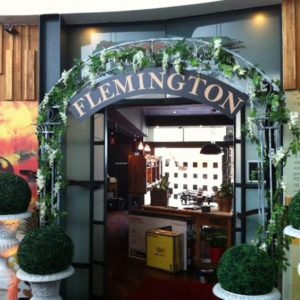 A total entrance fee of $50,805 per horse is being implemented and event’s entries are often full and closed by the first week of August.

So who are the favourites for Melbourne Cup 2016?

Among the leading horses and crowd favourites for the Melbourne Cup 2016 are Hanell, Jameka, Bondi Beach, Heartbreak City, Almandin, Big Orange, Wicklow Brave, and Exospheric. However, being a crowd favourite does not entirely increase a horse’s possibility of winning the race. 2010 crowd favourite So You Think landed on the 3rd place, Amercain from 2011 secured the 5th spot. Dunaden, one of the favourite horses in 2012, ended up landing on the 14th place. Fame Game from 2015 won 13th place and Admire Rakti in 2014 ended up on the 22nd place. Only Fiorente, fans’ favourite in 2013, managed to end up as the champion of the people and the champion in the Melbourne Cup.

Again, being a favourite of the crowd does not guarantee you the Melbourne Cup. However, what you are guaranteed is great entertainment, colorful decorations, fun costumes, and a great cheery crowd ready to roar in excitement as their favourite horses run to the finish line.