Buzzworthy Costumes from This Year’s Oktoberfest 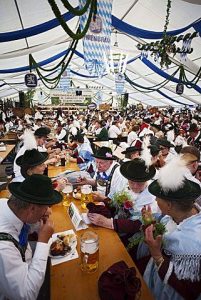 One of the world’s oldest and biggest festivities in the world is the Oktoberfest. The celebration that is continuously being celebrated in Munich, Germany and several other places across the globe is a beer-soaked celebration that originated from a wedding celebration back in 1810. This year was the 206th year of the festivities and over six million people were expected to stop by and enjoy the party.

Nowadays, the Oktoberfest is not just about the beer and the entertainment. It is also about the costumes, the decorations, the tourism, and most especially the culture that people get to enjoy whenever they experience this prestigious event. Bavaria costumes, parades, carnival rides, liters of beer, great entertainment, festive music, and a lot of fun is what the Oktoberfest is all about. 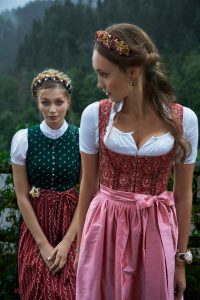 Don’t fret if you were not able to make a reservation on one of the several tents in the area or if you’ve been out of ideas on what you should have worn in this year’s Oktoberfest. We’ve got you covered — check out these costume ideas for your next Oktoberfest event.

The Dirndl is the traditional German outfit that is made from loden cloth. It’s the most common attire for women and is made of a close-fitted bodice worn over a blouse together with a full skirt and an apron. This Alpine folk costume is a native to the southern area of Germany, Austria, Switzerland as well as in some Italian provinces. Males, on the other hand, arrive in the traditional lederhosen outfit. At present, it is believed that the traditional costume would be the outfit of choice for the celebration.

There is a wide variation or versions for the Dirndl and the Lederhosen nowadays. Some would rather have the hemline of the female skirt falling on the thigh rather than the calf or ankle. The fitted bodice is more revealing and low-cut blouses are sometimes worn underneath. Lederhosen, on the other hand, are adorned with embellishments, rhinestones, ruffles, and other blings.

Some folks, on the other hand, would rather go for the convenient outfit while enjoying beer and dining on the Oktoberfest tents. To take part in the festive atmosphere, they opt to wear accessories instead, such as Vikings hat, Alpine hats, inflated beer caps, and pig tails. This is also a rather cheaper option when it comes to costumes for Oktoberfest, compared to the more expensive traditional costumes that locals and tourists usually wear for the occasion.

Your preferences when it comes to the costumes that you wear may not appeal to the traditional costumes of the Oktoberfest festival. However, you can still have as much fun and fantastic memories during the event as long as you bring some good company along with you to enjoy the party.