The Oktoberfest celebration is one of the largest beer festivals that is held in Munich, Germany every year. The 16-day event is considered as the world’s largest beer festival where over 6 million people around the world gather and consume around 1.5 million gallons of beers and over 200,000 pairs of sausages and half a million spit-roasted chicken the whole of the two-week extravaganza.

German people and tourists alike arrive in their Dirndl, Lederhosen, and Oktoberfest-inspired outfits to have fun and experience the festivities and the cheery crowd of the annual event. Several Oktoberfest-inspired events are also being celebrated in different areas of the globe, but nothing compares to the celebrations right at the very heart of Germany – Munich.

With over two centuries of the festivities and the celebration, we have rounded up some of the most remembered Oktoberfest events in the world and what made their memories linger throughout history.

The first memorable Oktoberfest in history was when it was not celebrated in 1866. Bavaria was involved in the Austro-Prussian War. It was cancelled once more in 1870, this time because of the Franco-Prussian War. Another cancelled Oktoberfest was listed in 1873 due to a cholera epidemic. 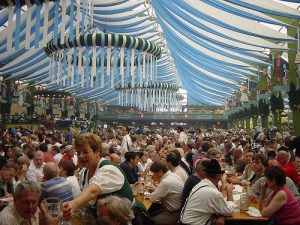 After several cancellations, Oktoberfest was finally celebrated with electrically illuminated lights enjoyed in 400 booths and tents. The next year, bratwurst was sold in some of the booths. Beers on mugs were then first served in 1892.

Thirteen years after its 100th year, 1913, the Brausol was founded. This is the largest Oktoberfest beer tent ever during that period which can accommodate as much as 12,000 people. However, the next year was a part of the dark times. World War 1 broke and prevented the celebration of the event from 1914 to 1918. No Oktoberfest took place from 1939 to 1945 due to World War II. 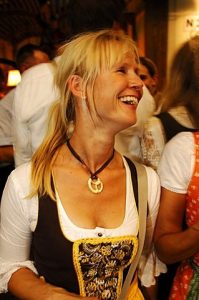 Traditional festival openings were something new to the Oktoberfest and started back in the 1950’s. A 12-gun salute and the tapping of the first keg of Oktoberfest at noon by the incumbent Mayor of Munich started during this period. The first Mayor to tap the keg was Thomas Wimmer.

The 1980’s, on the other hand, proved to be a shock to the world, most especially in Munich. A pipe bomb was set off in a dustbin at the restrooms at the main entrance of the event, killing 13 people and leaving more than 200 people injured.

The Oktoberfest has seen and experienced far more things than any of us can contain in an article, or even in a book over the two centuries that passed. With luck and people’s love for culture and traditions, the Oktoberfest might live on for another two centuries, or even more.