Donald Trump will be the 45th President of the United States of America and will replace Barack Obama in the White House in his upcoming inauguration ceremony midday of January 20, 2017. 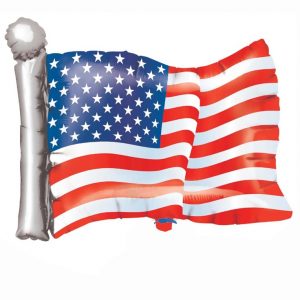 The US election was held last November 8, 2016. Trump was declared officially the president-elect after the Texas votes were casted pushing him over the 270-vote threshold. After the December 19 vote was counted, Donald Trump finished with 304 electoral votes winning over Democrat opponent Hillary Clinton who got 227 electoral votes. The results of the US election were also confirmed by the Congress last January 6 officially making Donald Trump president elect of the United States of America.

Although his inaugural address is yet to be witnessed by the world as he takes the Oath of Office, controversies on the $90 million amount that he raised for the presidential inauguration ceremony after promising a very, very elegant day to his constituents.

With a $90 million budget on hand, the celebration of his seat to office will be an extravagant one. If we had that amount of money or even a small portion of it, we’ll throw the best Donald Trump themed party in town.

without a budget as huge as $90 million, we can still celebrate and throw a fun and entertaining party for Donald Trump’s inauguration day.

The best way to transform a celebration into a Trump-themed one is by arriving in style dressed-up like the President. You can buy trump wigs and costumes to best mimic America’s 45th president. You do not have to arrive in costume, the blonde one sided swept wig will do the trick.

To make the celebration fun, the ladies can arrive dressed like Hillary Clinton. They can even wear Hillary Clinton latex masks to grace the inaugural party. If you have time, you can create and perform a short comedy stint featuring the two former presidentiables. A dance number would be entertaining as well.

To be able to feel the American spirit and vibe of the celebration, serving American-themed dishes would be a great idea. Be sure to include sandwiches, barbeque and if possible, steak to keep your guest full and satiated at the party. Colored drinks in blue red and white would be a great centerpiece for your party menu as well.

A party is incomplete without music. Have a blast while the rest of the world express their thoughts and feelings about the Trump presidency by dancing your way to the center stage of your party.