Once again, the nation will stop to watch Australia’s largest sporting and social 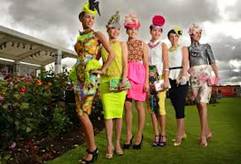 event – The Melbourne Cup Carnival – to be held on November 2 to 9, 2013. It is not only a premier horse-racing event attracting thousands of local and international racing aficionados and millions of viewers from all parts of the country but it is also much about the flamboyant display of current fashion styles and trends.

to be staged in the iconic Flemington Racecourses. Like in the previous years, the event is steeped in tradition, following a social calendar that observes a dress code on each particular race day. Visitors make it a point to come in the prescribed color and fashion style. The women parade along the track with a feathered hat, fascinator, or an excellent millinery created by the best Melbourne designers. Meanwhile, men wear the official flower assigned each day of the race.

In November 1957, the Australian Woman’s Weekly aptly described the fashionable 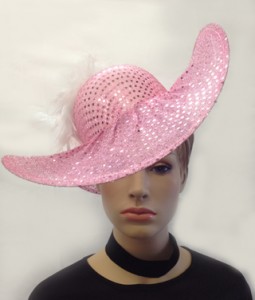 set of people flocking the Melbourne Cup as In the Fashion Field for Flemington . As a result, the terms “field and fashion” became synonymous with the race, even instigating a competition dubbed as “Fashions on Field” that started in 1962. The contest was launched not only to attract more women to watch the races, but also to inspire them to dress smartly. Generous prizes of goods and cash were awarded to winners plus the opportunity to be extensively covered by the press and be an overnight sensational star.

The little gimmick changed the nature of the event to the extent that tasteful fashion has come to dictate the order of each race day. 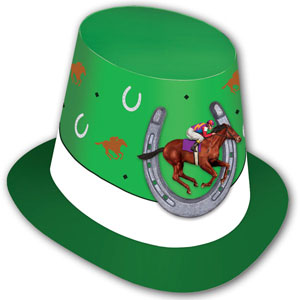 is one of the most prestigious days in Australian racing event. It was first held in 1855, six years before the launching of the Melbourne Cup, and is considered the oldest classic race on the Victorian calendar. In 1929, Australia’s most famous horse, Phar Lap, won the featured 1.5-mile race. Derby Day fashion is characterized by the classical elegance of black and white combination. Men usually wear a grey morning suit with a blue cornflower secured to the lapel, peacock vest, pinstripe pants, and a top hat.

Emirates Melbourne Cup (November 5): The highlight of the race is run over a 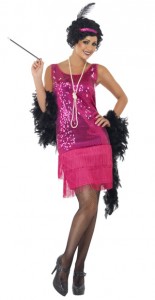 distance of two miles, attracting more than 100,000 spectators to the racecourse. It is considered the richest race pegged at AUD$6.2 million. Horse trainer Bart Cummings currently holds the record for garnering at least 12 wins. The celebratory day calls for a bold and vivid fashion statement, such as flapper and gangster ladies costumes seen in the striking designs worn by the audience. A yellow rose pinned on the lapel complements the customary hat.

Crowns Oaks Day (November 7): Dubbed as ladies’ day, the Crown Oaks Day is Victoria’s premier event not only for real, ladies but also for three-year-old fillies to shine on their own. Fillies are young female horses. They’re not only the ones competing on this day, but women as well who come in their most feminine romantic outfit made of delicate materials like medieval and Victorian costumes. Australia’s department store, Myer, sponsors the national fashion competition “Fashions on the Field” and announces the lucky winner. Men, on the other hand, pins a pink rose to complete their look. 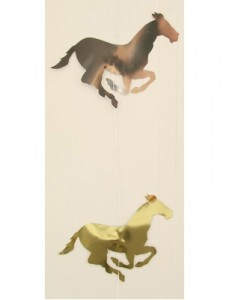 with the premier Emirates Stakes, a 1600-meter race to be held in Victoria. The race gathers local and international trainers with Melbourne Cup horses in their stables. Filled with garden party atmosphere, it is acknowledged as the Carnival’s Family Day when it’s time for children to show off their best race day outfit and to compete for the “Children’s Fashions on the Field”. Men traditionally wear red rose on their lapel during Stakes Day.

Through the years, different celebrity judges and sponsors have graced the event. Categories for choosing fashionable winners have been modified too. Nevertheless, the Melbourne Cup Carnival remains to be an opportunity for both men and women to indulge in their passion to dress up fashionably as they stop with the nation to enjoy Australia’s major thoroughbred race.