Party Ideas to Hail the Queen on Her Birthday 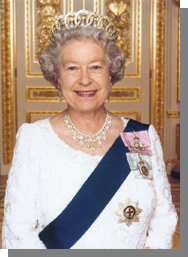 There is no other auspicious time to hail the Queen than on her birthday that falls on June 9 this year. Although born on April 21, 1926, the Queen’s official birthday is celebrated on varying dates determined throughout the British Empire and Commonwealth Nations. If that sounds confusing, here’s a bit of background to help you have a clearer understanding about the observance of the Queen’s birthday.

Royal Proclamation of the Queen’s Birthday

Queen Elizabeth II is the current monarch of Australia as country member of the Commonwealth of Nations. She is likewise head of state of other countries and territories like the United Kingdom, Northern Ireland, Canada, South Africa, Pakistan, Ceylon, and New Zealand. As monarch, her birthday is a public holiday celebrated on a range of dates by virtue of royal proclamations issued by the different governors or laws approved by the local parliament.

The tradition was first started in Australia in 1788 when King George III reigned as Monarch, and Governor Arthur Philip proclaimed the King’s birthday as a holiday. Originally, the celebrations were held on the actual date of birth of the King or Queen, but after the death of George V different dates were adopted by each country to coincide with high possibility of perfect weather, school terms, and the celebration of other events such as the Perth Royal Show. In Australia, the Queen’s Birthday is observed on the second Monday in June, except for the state of Western Australia, which is celebrating Western Australia Day on said date.

Many Australians regard the Queen’s Birthday as a great opportunity to celebrate with family and friends in a variety of ways, including cheering at the Australian Football League game, going skiing, and watching fireworks displays. Most of the roads are congested with people taking advantage of the three-day weekend for long trips and go around town for public events organized for the Monarch’s birthday.

The Perfect Time to Salute the Queen

The Queen’s birthday is a jolly good reason to call in the troops and celebrate everything British with a leisurely dinner party. Kick off with high 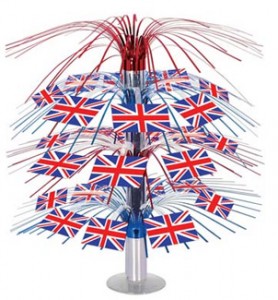 spirit by decorating the house with British party supplies from an online store. Set up the table with quintessentially British dinner menu fitted for royal guests you’ve encouraged to dress up for the feast.

As loyal subject, you can pay tribute to Her Highness using these majestic ideas to get you started.

Remember the Queen’s party is not like any party to throw. It can be a challenge to decorate your homemade palace and impress your guests to make them feel like they’re indeed in a royal banquet. Who knows? Your excellent job as host may land you in the Queen’s guest list for her next birthday party. So raise your glasses to toast. Long live the Queen!