Let’s face it: when you go to a party, one of the activities that you look forward to is lighting sparklers and release of party poppers. It is an exciting activity especially in parties that represent a milestone, be in it corporate or private spaces. Every party or celebratory event where sparklers and poppers are used has a unique way in which this session of the party is approached. The best approach? Give guests an opportunity to get acquainted over small bitings then hold the popping and sparklers session, ushering them into a session of eating, dancing, or drinking. While the experience of having party poppers and sparklers is great for every party, there is an associated risk level that everybody should be aware of.

Here is a quick guide if you intend to incorporate these fun party accessories into your celebrations:

Choose ease of handling over costs

There are many designs of party poppers, bon bons, and sparklers in the market and while the most vibrant are quite costly, they contain less dangerous substances. For instance, most sparklers that contain gunpowder produce a blast-like explosion as well as sparks. On the other hand, safer options which do not contain gunpowder produce less sound. Are some of the guests gracing your event going to be kids? Will the party be held in a confined space where there is need to prop it so that it does not fly into neighbors cloth-lines or yards?  The circumstances under which the poppers and sparklers will be set off should determine which ones to buy. 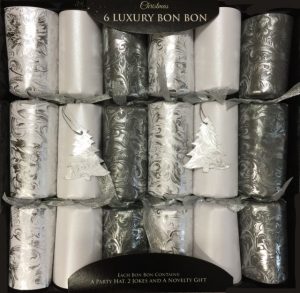 What comes out of a party popper in most cases matches the theme of the event being celebrated. Since the chamber in which the confetti is added is small, there is a general tendency to put in as much as possible. Well, it does make for an epic confetti rain, but wait a second. Do you need to clean the grounds afterward? If you do, use a type that can be swept easily unless you are holding the party in an enclosed hall which can easily be cleaned.

Both party poppers and sparklers have been the cause of serious facial injuries to their administers or people around them. The first rule of enhancing safety is to point them upwards or in a direction where there are no people. While the nature of pop may be minimal, the impact of release could cause injury, especially to children. Unless under the supervision of adults, party poppers and sparklers should not be used by children

Party poppers and sparklers are sold all year round as party supplies. The fact that they are made in themes suitable for different occasions makes them essential items to have in an event.